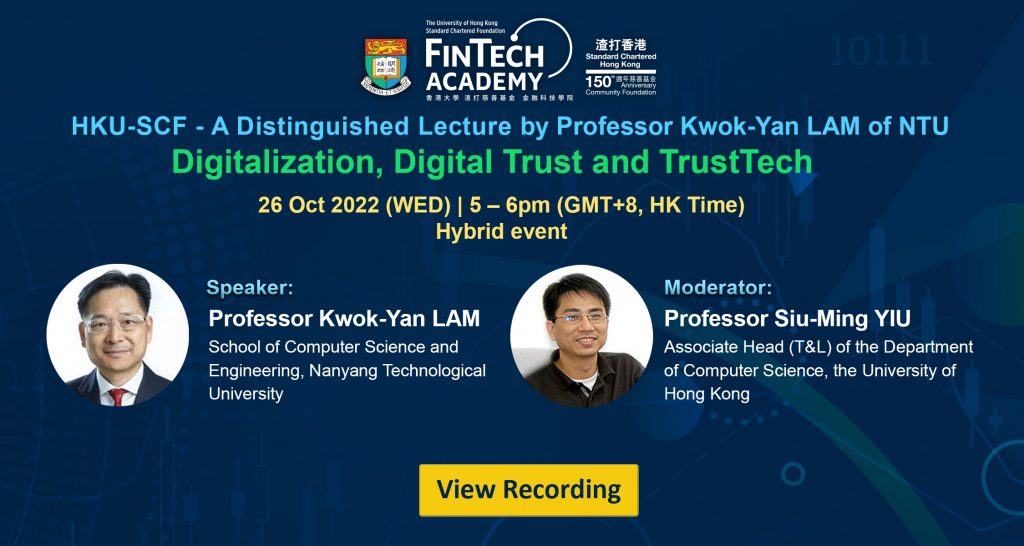 We are delighted to have Professor Kwok-Yan LAM as our speaker of the series. Professor LAM is the Associate Vice President (Strategy and Partnerships) and Professor in the School of Computer Science and Engineering at the Nanyang Technological University (NTU), Singapore.

Lecture Summary: The rapid adoption of digitalization in almost all aspects of economic activities has led to serious concerns in security, privacy, transparency, and fairness issues of digitalized systems. These issues will result in negative impacts on people’s trust in digitalization, which need to be addressed in order for organizations to reap the benefits of digitalization. The typical value proposition of digitalization, such as elevated operational efficiency through automation and enhanced customer services through customer analytics, require the collection, storage, and processing of massive amounts of user data, which are a typical cause for data governance issues and concerns on cybersecurity, privacy, and data misuses. AI-enabled processing and decision-making also lead to concerns about algorithm bias and distrust in digitalization. In this talk, we will briefly review the motivation for digitalization, discuss the trust issues in digitalization, and introduce the emerging areas of Trust Technology which is a key enabler in developing and growing the digital economy. 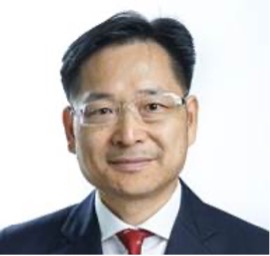 Professor Lam is the Associate Vice President (Strategy and Partnerships) and Professor in the School of Computer Science and Engineering at the Nanyang Technological University (NTU), Singapore. He is currently also the Executive Director of the Strategic Centre for Research in Privacy-Preserving Technologies and Systems (SCRiPTS), and Director of NTU’s SPIRIT Smart Nation Research Centre. From August 2020, Professor Lam is also on part-time secondment to the INTERPOL as a Consultant at Cyber and New Technology Innovation. He served as Director of the Nanyang Technopreneurship Center 2019-2022 and as Program Chair (Secure Community) of the Graduate College at NTU 2017-2019. Professor Lam has been a Professor of Tsinghua University, PR China (2002-2010) and a faculty member of the National University of Singapore and the University of London since 1990. He was a visiting scientist at the Isaac Newton Institute of Cambridge University and a visiting professor at the European Institute for Systems Security. In 2018, Professor Lam founded TAU Express Pte Ltd, an NTU start-up which specializes in AI and Data Analytics technologies for Smart Cities applications. TAU is a spin-off of the Intelligent Case Retrieval System project, a collaboration between NTU and the Singapore Supreme Court. 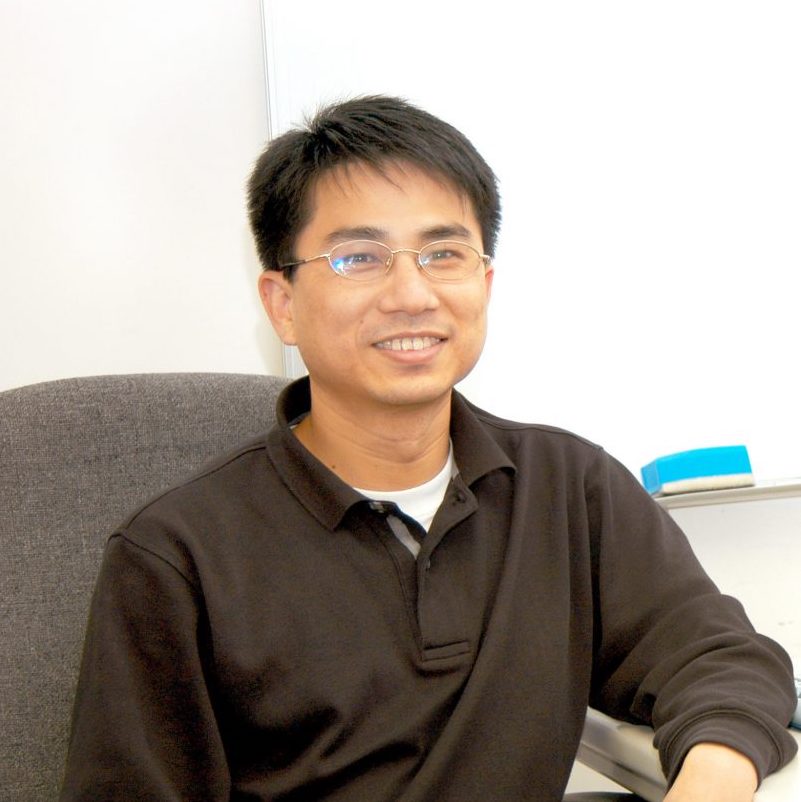 Professor Siu-Ming YIU is a professor and an Associate Head (T&L) in the Department of Computer Science of the University of Hong Kong. He is also an Associate Executive Director of the HKU-SCF FinTech Academy. His research interests include cryptography, cyber security, FinTech, and privacy-preserving technologies. He has published 300+ research papers and was selected three times as a highly cited researcher by Clarivate. He has won numerous teaching and research awards in the university. He and his former PhD student also co-founded a start-up company focusing on quantitative trading using AI technologies and the company is now managing a total of US$21M for the clients.

The event is finished.